The White Sox moved one game closer to winning their first American League Division Series on Wednesday night thanks to their ability to seize the moment.

The White Sox know obstacles still lie ahead even after taking a 2-0 lead in the best-of-five series. But they feel even better about their resiliency because of the way they rebounded.

“We have a lot of guys who have never been there before, but they all understand what’s it about,” catcher A.J. Pierzynski said after the Sox became the seventh team in ALDS history to overcome a deficit of four runs or more to win. “We’re up two games against the Red Sox. Now we get to go to Fenway, where all the fun starts.”

Of the 22 teams who have taken a 2-0 advantage in the division series, 18 have gone on to win.

But the Sox remember vividly how Boston overcame an 0-3 deficit to beat the Yankees in the 2004 AL Championship Series before sweeping St. Louis 4-0 in the World Series.

And right fielder Jermaine Dye broke out in a sheepish smile when reminded that his 2003 Oakland team had a 2-0 advantage over Boston in the ALDS before losing three straight, including the first two at Fenway Park.

But the White Sox displayed the same relentless style that enabled them to humble Boston 14-2 in Game 1. Their ability to sustain rallies, as well as keep their bullpen fresh with quality starting pitching, leads them to believe they will put away Boston.

“What’s helped us was playing that series in Cleveland,” Dye said of last week’s three-game sweep at Jacobs Field. “Even though it didn’t mean anything, guys wanted to prepare for the playoffs. Before you knew it, we won the first two, and guys came out in the third game trying to put [the Indians] away. It helped us confidence-wise.”

The White Sox showed no signs of losing their composure, even after falling behind 4-0 in the third and getting only two hits off 42-year-old left-hander David Wells through four innings.

Pitching coach Don Cooper’s third-inning visit did wonders for Buehrle, who retired 14 of the final 16 batters he faced and threw 70 of his 95 pitches for strikes.

The pivotal fifth inning featured a display of unselfish hitting.

Carl Everett, batting right-handed, led off with an opposite-field single and scored from first on Aaron Rowand’s double. Pierzynski was delighted to hit a grounder to second that moved Rowand to third.

Joe Crede then squeezed a grounder through the middle of the infield for a single to score Rowand and cut Boston’s lead to 4-2.

That set up the biggest play, Uribe’s slow grounder to second that rolled under Graffanino’s glove.

One out later, Iguchi glared at home plate umpire Bill Miller over a strike call, then touched off the evening’s loudest roar from White Sox fans by ripping Wells’ 1-1 curve over the left-field fence.

“I don’t want anybody to make an error, but it was good for the team,” Uribe said. “I like it. When Iguchi hit the home run, I like it more.”

Iguchi said through translator Ryan McGuire that he had been looking for a curve because Wells had made him look foolish on Aug. 12 at Fenway.

“That’s why everyone on the team loves him,” Paul Konerko said. “He plays a team game.”

Jenks was summoned to throw two innings to earn the save and didn’t get wrapped up in Boston’s aura.

He allowed a one-out double to Graffanino in the ninth but retired Johnny Damon on a foul pop and Edgar Renteria on a grounder to end it.

“You can’t focus on the name,” Jenks said. “Just look at the scouting report and see whether they’re hot or not. And if you’ve got nothing on them, just pitch to your strength and go from there.”

The Sox have positioned themselves very well. Game 3 starter Freddy Garcia was 10-3 on the road this season and hasn’t pitched since last Thursday’s AL Central-clinching win at Detroit, a well-deserved break after hurling 228 innings.

Garcia is 6-2 lifetime against Boston and 3-1 at Fenway Park. 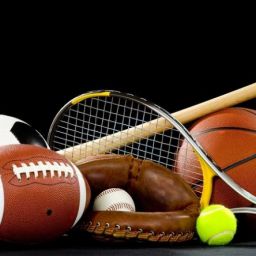