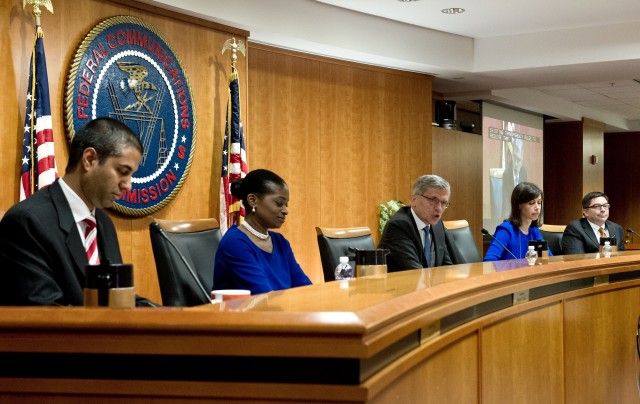 The FCC has a history of hiring CTOs that know their stuff, technologically speaking. Jordan is replacing Henning Schulzrinne, a once and future chair of the Department of Computer Science at Columbia University who started at the commission in 2011 and will stay on in an advisory capacity.

The role of CTOs in government can often be muddled, but at the FCC it is squarely a policy-making job. Schulzrinne, Chairman Tom Wheeler pointed out in announcing Jordan’s appointment, played a major role in the commission’s decision to require mobile carriers to support customers’ abilities to contact 911 using text messages. Looking forward, Wheeler said in a statement, “Scott’s engineering and technical expertise, particularly with respect to the Internet, will provide great assistance to the Commission as we consider decisions that will affect America’s communications platforms.”

Why that’s particularly interesting in this case is that Jordan’s “engineering and technical expertise” is, as Wheeler hints, a near-perfect overlap with many of the most complicated, most contentious issues facing the FCC today. In announcing Jordan, the commission highlight his work on “communications platforms, pricing, and differentiated services on the Internet,” as well as the integration of “voice, data, and video on the Internet and on wireless networks.” In short, much of the makings of the modern Internet.

And while it’s generally dangerous to parse an academic’s publishing record to deduce how he or she might make public policy, Jordan has done us the favor of actually filing comments with the FCC the last time the commission considered rulemaking on the open Internet question. It’s a nuanced take, distilled in Jordan and a co-author’s statements that “neither the extreme pro nor con net neutrality positions are consistent with the philosophy of Internet architecture” and “the net neutrality issue is the result of a fragmented communications policy unable to deal with technology convergence.”

Jordan won’t start for a few weeks, but the FCC’s pace suggests that he’ll still have a chance to make his presence felt in the current open Internet debate; comments are due by Sept. 15, but Wheeler has announced that he’ll be holding a series of six public roundtables on the topic that won’t wrap until early October.

As mentioned, Jordan’s is a externally-facing position, concerned more with how the FCC adjudicates questions of technologies use in the modern than with how the FCC uses modern technologies. That said, perhaps he might still be able to do something about the fact that the FCC still issues its press releases online in only .txt, Word, and what it calls “Acrobat”form.